What's New
Home /Blog/If we all supported Greta’s idealism, it could be quite an achievement

We should never discourage or mock an honest challenge to the status quo.

Unless you’ve lived in an area where energy is produced, it’s likely you really don’t think about how the energy industry works, where our energy comes from and what it takes to get it to us… whether in the light switch, gas pump, or furnace.  For that matter, few of us anywhere really pay attention to where everything we consume in our day-to-day lives comes from or how it’s made.

This lack of knowledge, or interest in knowing, prevents us from having a more civilized debate on energy and climate policy that could lead to more informed and hopefully productive opinions on how to approach the pending climate doom that’s been forecast.  It’s just not nearly as easy as those in the ‘stop everything’ camp like to preach.  But on the flip side, it’s not nearly as difficult as those in the ‘gotta take advantage of every drop’ camp like to counter.

Regardless of either side’s unwavering commitment to their opinions (we say opinions because facts tend to be arbitrary in such polarized times) the one thing we should not discourage is the initiative being shown by Greta Thornburn’s crusade to challenge the status quo.  Whether you agree with the message or not, we can all agree that she cares deeply about the issue and is doing something we should all espouse to see in our children as they grow.

Hey, she could simply be at home playing video games (consuming), at the mall (consuming), watching TV (consuming) or doing all the things most of our  teenagers like to do any given day in our first world consumer society.  But Greta became active, and with a really important – if flawed  – message to get the world’s attention.

How many parents across Canada were proud to see their kids get off their asses and do something meaningful during the recent climate strike?  A few hundred thousand Greta’s out there across the country.   The difference is that the following day, Greta continued her crusade while most of those kids went back into full-on Western consumption mode.

Consume This is a believer in climate change, as is most of Western Canada and, indeed, the energy industry.  You’ll be hard pressed to find many people in Canada for that matter that would say the basic premise behind the message being delivered by Greta is untrue.  We need to address the future impacts of climate change and make sure Greta and the next generation have a chance to complete that mission.

Unfortunately, the current reality is that we just haven’t figured out what that looks like or how to do it.  We aren’t even close.  And we cannot simply hit stop.  That’s simplistic rhetoric in a much more complex reality. It’s wonderful to protest (public dissent is a critical to successful democracy) and voice opinions that will hopefully motivate change.  It’s even better to aim high, because we rarely meet our targets.

So we say: go Greta!  What you are proposing (no carbon in a decade) isn’t possible. We know better than that.  But if the message wakes people up to the fact we must do something, gets them to start looking at a more complete picture of the issues – including their consumption — and unites the world so that everyone does their part, maybe we come close to meeting the Paris targets.

And that would be an achievement. 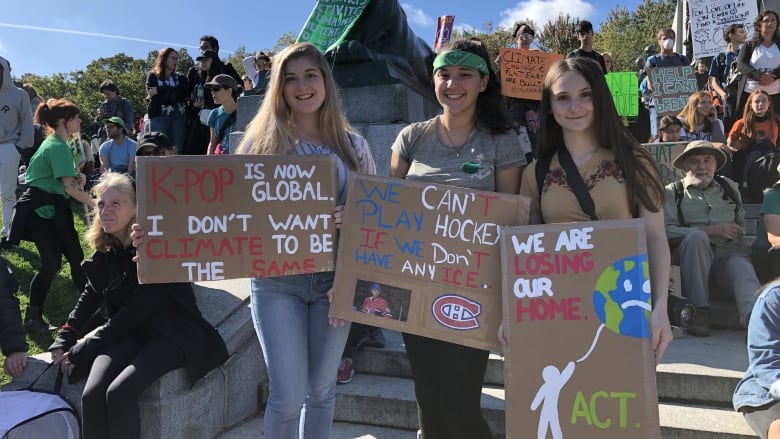 We all love green, until…

Have we really now devolved…

Message Delivered Greta:  But what…